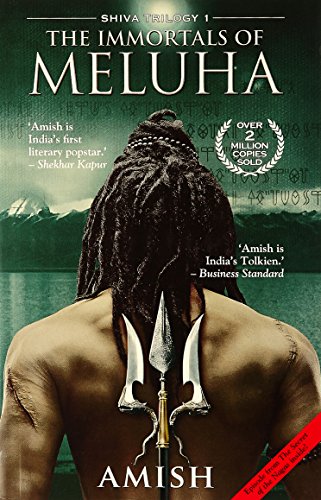 Scion of Ikshvaku: An Epic adventure story book on the Ramayana, The Tale of Lord Ram (Ram Chandra Series)
Rs. 232 39% Off
Rs. 140

Shiva Trilogy: The Secret of the Nagas and the Immortals of Meluha (Set of 2 Books)(English, Paperback, Amish Tripathi)
Rs. 390 7% Off
Rs. 359 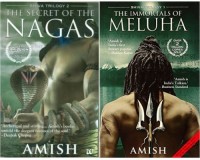 A Brief History of the Immortals of Non-Hindu Civilizations: In Association with Aryavart Sanatan Vahini ‘Dharmraj’
Rs. 350 13% Off
Rs. 303 An intense story ‘The Immortals of Meluha’ draws heavily from stories and legends of Hindu mythology that have been passed on from generation to generation.

First book of the trilogy, the Immortals tale unfolds in Meluha, a land that is ruled by the Suryavanshi tribe that firmly believes in the prophecy of ‘Neelkanth’ Shiva being their saviour. The Suryavanshiâ€™s (Sun worshipers) are of the firm belief that it would be Shiva who would save them from the wrath of Chandravanshiâ€™s (Moon worshipers).

Blending mythology and philosophy drawn from Hindu traditions, the gripping narrative moves with speed to have Shiva step up to take it upon himself about banishing evil from society.

As the tribal leader of Meluha, somewhere in Tibet, Shiva decides to help the Suryavanshi’s in their fight against the Chandravanshi, who have allied with the Nagas, a cursed tribe.

As the drama unfolds, Shiva, the tribal leader from Tibet, gets caught up between the two warring groups, where a realization dawns upon him of how his choice was affecting the war outcome as well as of aspirations of rising above the conflict and its actors begins to dominate the narrative.

The author has creatively woven the legend of Lord Shiva; His marriage to King Daksha’s daughter Sati is this first part of the trilogy.

‘Secret of Nagas’ and ‘Oath of the Vayuputras’ the second and third part of the same narrative take the story forward as the first part ends with Shiva charging to save Sati from being taken captive by the Naga’s.

Spread out in 415 pages, ‘The Immortals of Meluha’ was first published in 2011. After a slow start, the book soon turned a bestseller and more than two million copies have been sold. Till date it has been translated in fourteen languages.

Amish Tripathi, an IIM Calcutta graduate, gave up a successful bankersâ€™ job of fourteen years to pursue his passion for writing. Born and brought up under Hindu traditions, the writer draws inspiration from the legend of Lord Shiva, something that he has famously woven into a bestselling fantasy fiction trilogy. As an author of best sellers, Forbes India has even included him among the top hundred celebrities of India.