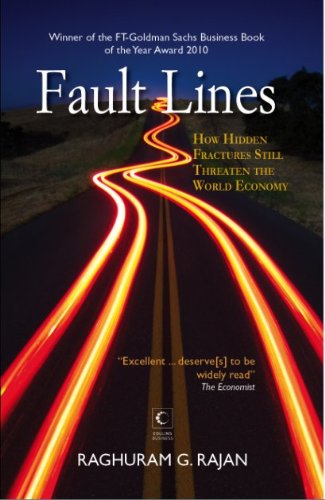 Who Moved My Interest Rate?: Leading the Reserve Bank of India Through Five Turbulent Years
Rs. 699 30% Off
Rs. 488 Fault Lines: How Hidden Fractures Still Threaten The World Economy is an enlightening book that aims to draw your attention to the fault lines that are present in the world’s economy today. The author believes that these fault lines were responsible for the financial crisis that the world saw, in the year 2008. He also believes that the world could be in for some more severe financial situations, if the fault lines that are mentioned in this book are not attended to, immediately.

The author mentions his belief that the financial meltdown experienced by the world has been due to these fault lines and not solely due to the choices made by individuals, such as government officials, bankers and homemakers. He believes that the decisions made by these people were made as a logical response to the fault lines in the world’s economy.

In this book, the author chalks out a fixed course of action that the world’s economies must adopt, if they want to see things change for the better. He also chalks out a specific developmental plan for India as well. He stresses upon the fact that the country must act upon the advice that is given in this book, if change is to take place for the better, in the near future.

Fault Lines: How Hidden Fractures Still Threaten The World Economy has been published by HarperCollins India, in the year 2011 and is available in paperback.