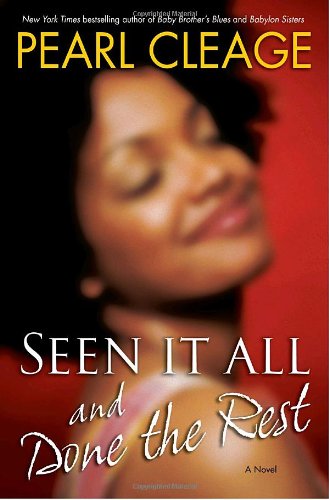 Buy Online Seen It All and Done the Rest: A Novel at lowest price (1945 Rs) on Amazon India

For Josephine Evans, home was on the stages of the world where she spent thirty years establishing herself as one of the finest actresses of her generation. Josephine was the toast of Europe, and her fabulous apartment in Amsterdam’s theater district was a popular gathering place for an international community of artists, actors, and expatriates who considered themselves true citizens of the world. Josephine lived above and beyond the reach of conventional definitions of who and what an African American diva could be, and her legions of loyal fans loved her for it. She had a perfect life and enough sense to live it to the hilt, but then a war she didn’t fully understand turned everything upside down, thrusting her into a role she never wanted and was not prepared to play. Suddenly the target of angry protests aimed at the country she had never really felt was her own, Josephine is forced to return to America to see if she can create a new definition of home.

Camping out with her granddaughter, Zora, who is housesitting in Atlanta’s West End; and trying to avoid the unwanted attentions of Dig It!, the city’s brand-new gossip magazine, Josephine struggles to reclaim her old life even as she scrambles to shape her new one. Hoping her friend Howard Denmond is as good as his word when he promises to engineer her triumphant return to the European stage, Josephine sets out to increase her nest egg by selling the house her mother willed her, only to find the long-neglected property has become home to squatters who have no intention of leaving.

But an unexpected reunion with an old friend offers Josephine a chance to set things right. Spurning an offer from unscrupulous land developer Greer Woodruff, Josephine gathers new friends around her, including Victor Causey, a lawyer whose addictions left him homeless but still determined to protect his mother; Louie Baptiste, a displaced New Orleans chef hoping to return to the city he loves; and Aretha Hargrove, recovering from her role in the same scandal that sent Zora running for cover. As Greer gets serious about her plan to tear the community apart, Josephine finds herself playing the most important role of her life, showing her neighbors what courage really is and learning the true meaning of coming home.