You are here: Home / After Authoritarianism: Democracy or Disorder? (Contributions in Political... 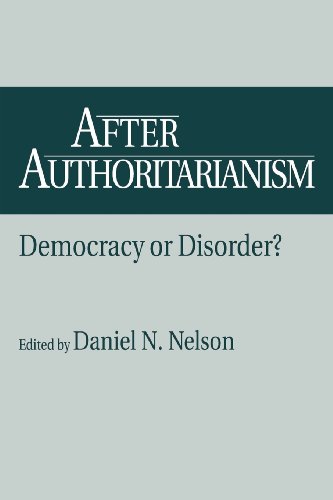 The 1980s and 1990s have witnessed a wave of democratization across the world. This trend has led to some basic questions about the future of democracy and its ability to survive. This theme is examined from two focal points-that of praxis and that of security. Major theorists such as Robert Dahl and noted democractic leaders such as former Argentine President Raul Alfonsin join forces to spell out the essential ingredients for avoiding disaster in transitional periods of post-authoritarian states. This edited collection challenges some of the existing views about democratization around the world and considers basic questions of both praxis and security. Part of this unique overview deals with practical lessons learned in various countries; part focuses on links between democracy and security. Several themes underline the work. First, that democracy cannot be made from above. Second, that the survival of democracy is directly linked to security issues. It becomes clear that the future of democracy after authoritarianism may not be as bright as thought. Excellent text for courses in world politics, democratic theory, and comparative politics.