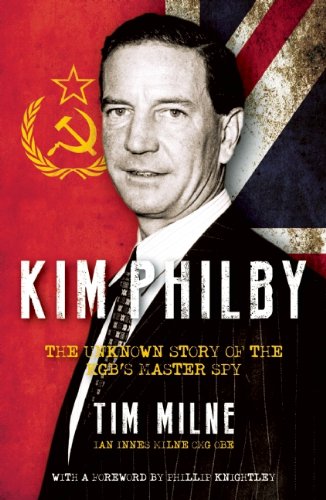 Kim Philby, the so-called Third Man in the Cambridge spy ring, was one of the Cold War’s most infamous traitors. He was a Soviet spy at the heart of British intelligence, joining Britain’s secret service, MI6, during the war, rising to become head of the section tasked with rooting out Russian spies and then head of liaison with the CIA. Philby betrayed hundreds of British and US agents to the Russians and compromised numerous operations inside the Soviet Union. Tim Milne was Philby’s closest and oldest friend. They studied at Westminster School together and when Philby joined MI6 he immediately recruited Milne as his deputy. Philby’s treachery was a huge blow to Milne and, after he retired, he wrote a highly revealing description of Philby’s time in the secret service. Publication of the memoirs was banned by MI6 but, after Milne’s death in 2010, his family were determined that this insider’s account of the Philby affair be published. Edited to include newly released top-secret documents showing how the KGB’s ‘master spy’ managed to fool MI6 even after he defected to Moscow, this is the final word on one of the world’s most notorious spies by the MI6 colleague who knew him best, the insider account of the Philby affair that Britain’s spy chiefs did not want you to read.