You are here: Home / Horace Walpole’s Letters: Masculinity and Friendship in the Eighteenth... 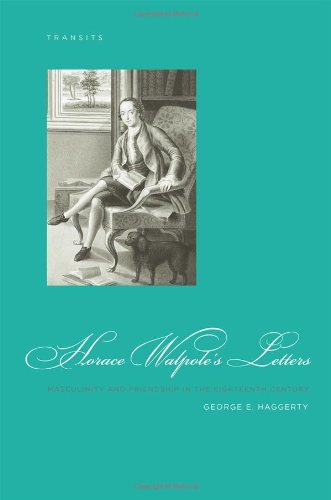 Over the course of his life, which spanned the eighteenth century from 1717 to 1797, Horace Walpole wrote thousands of letters to his closest friends and acquaintances. In this study, George E. Haggerty writes about the letters themselves, which span forty-eight volumes of correspondence. In addition to looking at the letters in terms of one of the great literary accomplishments of the century, at least on a par with Boswell’s Life of Johnson and Gibbon’s Decline and Fall of the Roman Empire, these letters taken in aggregate offer an astonishingly vivid account of the vagaries of eighteenth-century masculinity. Walpole talks about himself obsessively: his wants, his needs, his desires; his physical and mental pain; his artistic appreciation and his critical responses. With critical tact and historical insight, Haggerty elicits the contours of this complex and eccentric personality.