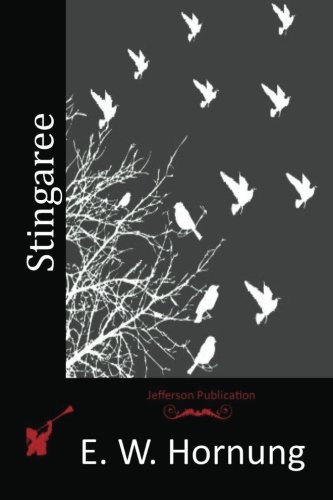 Miss Bouverie ceased on the high note, as abruptly as string that snaps beneath the bow, and revolved with the music-stool, to catch but her echoes in the empty room. None had entered behind her back; there was neither sound nor shadow in the deep veranda through the open door. But for the startled girl at the open piano, Mrs. Clarkson’s sanctum was precisely as Mrs. Clarkson had left it an hour before; her own photograph, in as many modes, beamed from the usual number of ornamental frames; there was nothing whatever to confirm a wild suspicion of the living lady’s untimely return. And yet either guilty consciences, or an ear as sensitive as it was true, had heard an unmistakable step outside.