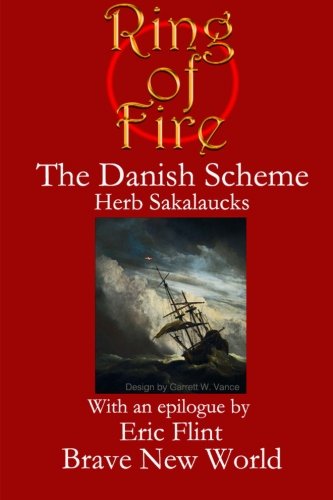 Something new is brewing in the 17th century! Fans of the 1632 series have often asked “What’s going on in North America?” Herbert Sakalauks has set out to let you know in his short novel “The Danish Scheme.” Christian IV, King of Denmark, Sir Thomas Roe, the English Ambassador to Christian’s court, various elements of the extended Nasi/Abrabanel family have arranged an unusually well funded and well led expedition to North America. In addition to a new version of this story, which had previously been published in the Grantville Gazette, Eric Flint has added a short story which provides a view of the same events from Magdeburg. What does the Stearns administration make of all this? A worthy addition to the 1632 series, the first of a series of new books published under the imprint of the “Ring of Fire Press.” to make available stories and information which there simply isn’t time for in Baen’s publishing schedule. These stories were simply too long to be included in any of the paper anthologies published by Baen Books. At the same time, we felt it would be useful (and hopefully popular) to put them together in unitary volumes so that people who want to re-read them, or read them for the first time, don’t have to hunt for them scattered over a number of separate issues of the magazine.