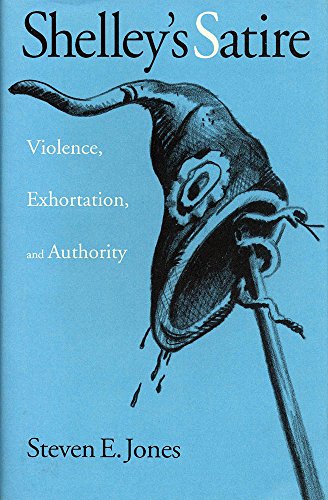 Jones challenges traditional images of Percy Bysshe Shelley in this first book-length analysis of his major satiric works. Bringing to bear genre theory and a New Historical frame of reference, Jones places Shelley’s satires in their broad context of popular, political, and material culture. Jones argues that Shelley’s satiric poems express an important countervoice within Shelley’s work as well as within Romanticism as a whole. These ironic, public, referential, and worldly texts are shown to be deeply ambivalent, employing the imagery of curse, revenge, and punishment in a coercive rhetoric of violence only occasionally covered with laughter. Thus the satires vividly represent the darker side of the Romantic poet’s relation to society as well as his efforts to engage and to change the world. Shelley’s Satire illuminates the historical and cultural contexts that stirred the poet’s imagination – contemporary superstition, the popular entertainments of the pantomime and graphic prints, and historical events such as the Peterloo Massacre and the Queen Caroline affair. It will engage not only Shelleyans and Romanticists but also anyone interested in satire as a genre, New Historicist methods, theories of cultural formation, and the Regency period in English history.