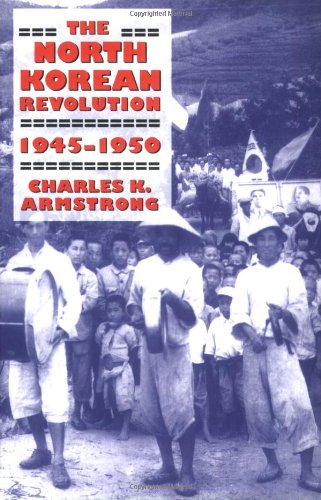 North Korea, despite a shattered economy and a populace suffering from widespread hunger, has outlived repeated forecasts of its imminent demise. Charles K. Armstrong contends that a major source of North Korea’s strength and resiliency, as well as of its flaws and shortcomings, lies in the poorly understood origins of its system of government. He examines the genesis of the Democratic People’s Republic of Korea (DPRK) both as an important yet rarely studied example of a communist state and as part of modern Korean history.

North Korea is one of the last redoubts of “unreformed” Marxism-Leninism in the world. Yet it is not a Soviet satellite in the East European manner, nor is its government the result of a local revolution, as in Cuba and Vietnam. Instead, the DPRK represents a unique “indigenization” of Soviet Stalinism, Armstrong finds. The system that formed under the umbrella of the Soviet occupation quickly developed into a nationalist regime as programs initiated from above merged with distinctive local conditions. Armstrong’s account is based on long-classified documents captured by U.S. forces during the Korean War. This enormous archive of over 1.6 million pages provides unprecedented insight into the making of the Pyongyang regime and fuels the author’s argument that the North Korean state is likely to remain viable for some years to come.