You are here: Home / The First Crusade – A New History: The Roots of Conflict Between... 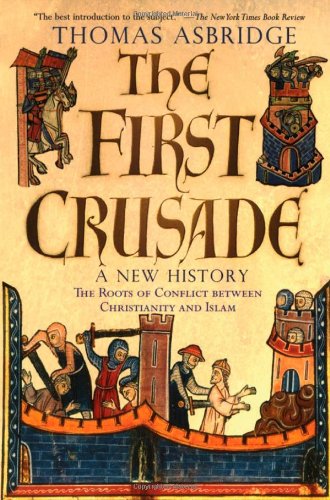 Buy Online The First Crusade – A New History: The Roots of Conflict Between Christianity and Islam at lowest price (942 Rs) on Amazon India

On the last Tuesday of November 1095, Pope Urban II delivered an electrifying speech that launched the First Crusade. His words set Christendom afire. Some 100,000 men, from knights to paupers, took up the call – the largest mobilization of manpower since the fall of the Roman Empire. Now, in The First Crusade, Thomas Asbridge offers a gripping account of a titanic three-year adventure filled with miraculous victories, greedy princes and barbarity on a vast scale. Readers follow the crusaders from their mobilization in Europe (where great waves of anti-Semitism resulted in the deaths of thousands of Jews), to their arrival in Constantinople, an exotic, opulent city – ten times the size of any city in Europe – that bedazzled the Europeans. Featured in vivid detail are the siege of Nicaea and the pivotal battle for Antioch, the single most important military engagement of the entire expedition, where the crusaders, in desperate straits, routed a larger and better-equipped Muslim army. Through all this, the crusaders were driven on by intense religious devotion, convinced that their struggle would earn them the reward of eternal paradise in Heaven. But when a hardened core finally reached Jerusalem in 1099 they unleashed an unholy wave of brutality, slaughtering thousands of Muslims – men, women, and children – all in the name of Christianity. The First Crusade marked a watershed in relations between Islam and the West, a conflict that set these two world religions on a course toward deep-seated animosity and enduring enmity. The chilling reverberations of this earth-shattering clash still echo in the world today.