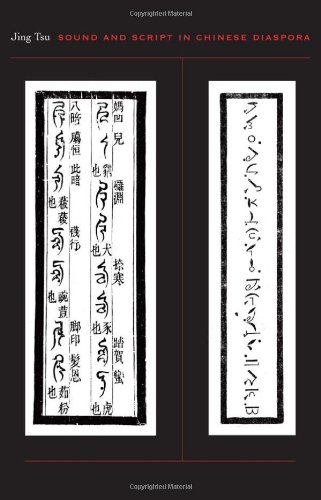 What happens when language wars are not about hurling insults or quibbling over meanings, but are waged in the physical sounds and shapes of language itself? Native and foreign speakers, mother tongues and national languages, have jostled for distinction throughout the modern period. The fight for global dominance between the English and Chinese languages opens into historical battles over the control of the medium through standardization, technology, bilingualism, pronunciation, and literature in the Sinophone world. Encounters between global languages, as well as the internal tensions between Mandarin and other Chinese dialects, present a dynamic, interconnected picture of languages on the move. In “Sound and Script in Chinese Diaspora,” Jing Tsu explores the new global language trade, arguing that it aims at more sophisticated ways of exerting influence besides simply wielding knuckles of power. Through an analysis of the different relationships between language standardization, technologies of writing, and modern Chinese literature around the world from the nineteenth century to the present, this study transforms how we understand the power of language in migration and how that is changing the terms of cultural dominance. Drawing from an unusual array of archival sources, this study cuts across the usual China-West divide and puts its finger on the pulse of a pending supranational world under ‘literary governance.’