You are here: Home / Islam and the Foundations of Political Power (In Translation: Modern Muslim... 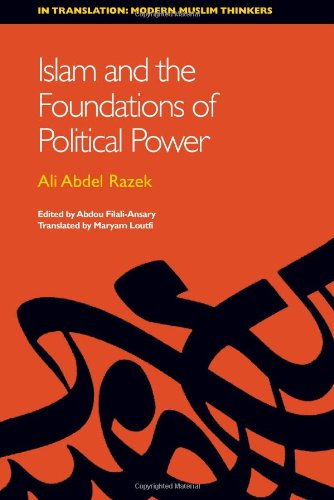 Egypt, 1925: the Muslim world is in turmoil over Mustapha Kamal Ataturk’s proposal to abolish the caliphate in Turkey. The debate over Islam and politics re-ignites as traditional political systems dissolve under pressure from European powers and most Muslim countries lose their sovereignty. Into this debate enters Ali Abdel Razek, a religious cleric trained at Al-Azhar University, arguing in favour of secularism in his essay ‘Islam and the Foundations of Political Power’, translated here and published in paperback for the first time. Scholarly features includeA substantial introduction that places the essay in its context and explains its impact An appendix of Razek’s sources with full publication details Explanatory notes beside Razek’s original footnotes Additional notes about particular people, events or vocabulary that may be unfamiliar to modern readers