You are here: Home / My Sisterâ˛s Keeper – Learning to Cope with a Siblings Mental Il... 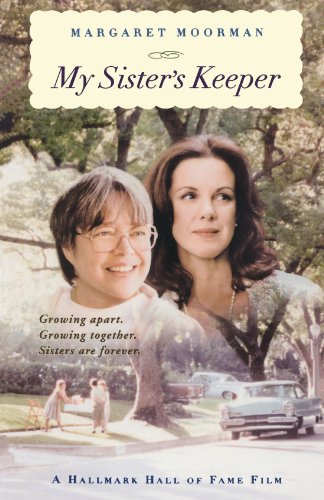 When Margaret Moorman’s older sister, Sally, was first hospitalized with schizophrenia in 1959, her family denied the truth to neighbors, friends-and even themselves. Not until thirty years later, when their mother’s death made her Sally’s sole caretaker, did Margaret face the truth. In this poignant memoir, she tells the brave story of her struggle to come to grips with the legacy of her sister’s devastating disease, its effect on her own life and on her entire family. Candid, moving, and ultimately healing, My Sister’s Keeper is a heartwarming story about two sisters and their love for one another. “As gripping as a well-crafted thriller, but much more moving.”-Washington Post “Moorman tells her family’s story with courage, honesty, and generosity.”-Kirkus Reviews “A brave, poignant memoir of a difficult coming-of-age…a lifeline to siblings of the mentally ill.”-Publishers Weekly