You are here: Home / Children and Childhood in World Religions: Primary Sources and Texts (Rutgers... 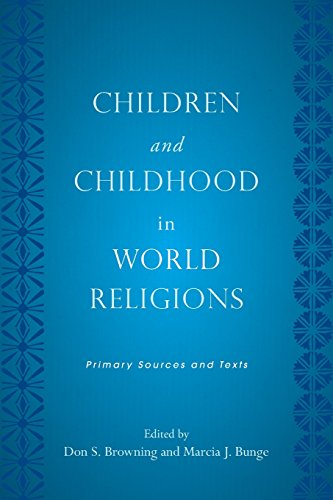 “Children and Childhood in World Religions is not only a convenient resource for scholars, but also a useful text for courses on children and childhood, as well as for courses in world religions that seek to delve beneath the standard beliefs and practices offered in typical survey courses. The richness of this material and its readability makes it ideal for students and scholars alike.” -Christine Gudorf, Florida International University “Offers an important supplement to the study of world religions on the topic of children and childhood-a dimension of human religious formation too often overlooked.” -Paul Courtright, coeditor of From the Margins of Hindu Marriage: Essays on Gender, Religion, and Culture This volume is the first to examine the theme of children in major religions of the world: Judaism, Christianity, Islam, Hinduism, Buddhism, and Confucianism. Each of six chapters, edited by world-class scholars, focuses on one religious tradition and includes an introduction and a selection of primary texts ranging from legal to liturgical and from the ancient to the contemporary. Don S. Browning was professor emeritus at the Divinity School at the University of Chicago. He is the author of several books, including Christian Ethics and Moral Psychologies. With Bonnie J. Miller-McLemore, Browning also edited Children and Childhood in American Religions. Marcia J. Bunge is professor of theology and humanities at Valparaiso University and director of the Child in Religion and Ethics Project. She is the editor of The Child in Christian Thought and coeditor of The Child in the Bible. A volume in the Rutgers Series in Childhood Studies, edited by Myra Bluebond-Langner, Board of Governors Professor of Anthropology, Rutgers University and True Colours Chair in Palliative Care for Children and Young People, University College London, Institute of Child Health.