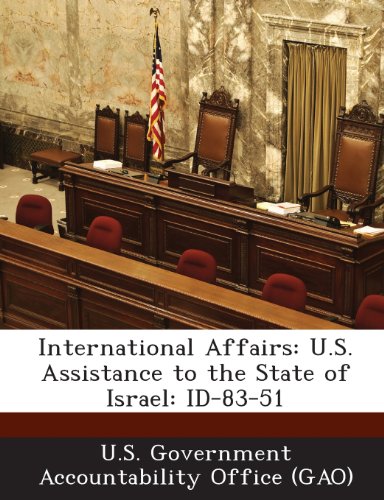 GAO reported on the full range of security assistance to Israel and the U.S. policies which govern such assistance. The report focused on justifications for assistance, its use, and its contributions to U.S. and Israeli interests and objectives. GAO found that, although the major objectives of U.S. military assistance to Israel are to provide for political support and military defense, the United States has a variety of interests in assisting Arab states in the Middle East, and arms transfers to these Arab states are increasing. As a result, perceptions of Israel’s arms needs have increased, which contributes to a spiraling arms transfers effect in the region. Israel has requested and received U.S. military assistance under liberalized financing methods. GAO believes that the precedents being set by the liberalized financing methods should be continually considered against the possibility that other recipient countries will ask for similar concessions. GAO noted Israel’s concern over financing the new purchases as well as repaying outstanding loans. Israeli military debt repayments will rise from a projected $906 million in 1984 to about $1.1 billion in 1992. GAO believes that the trends toward increasing assistance requirements, greater relaxation of restrictions on the use of foreign military sales funds, competition with U.S. production, and setting precedents that others may seek to emulate will continue as long as Israel feels militarily threatened by its neighbors in the region. GAO concluded that the United States is faced with questions concerning the spiraling Middle East arms race, the impact of providing concessions with assistance, and the Israeli military debt situation.