You are here: Home / The English in the Twelfth Century – Imperialism, National Identity... 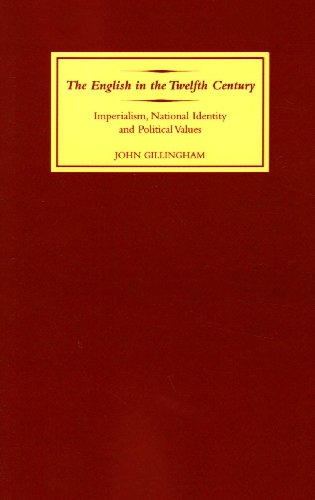 Six of the greatest twelfth-century historians – William of Malmesbury, Henry of Huntingdon, Geoffrey of Monmouth, Geoffrey Gaimar, Roger of Howden, and Gerald of Wales – are analysed in this collection of essays, focusing on their attitudes to three inter-related aspects of English history. The first theme is the rise of the new and condescending perception which regarded the Irish, Scots and Welsh as barbarians; set against the background of socio-economic and cultural change in England, it is argued that this imperialist perception created a fundamental divide in the history of the British Isles, one to which Geoffrey of Monmouth responded immediately and brilliantly. The second theme treats chivalry not as a mere gloss upon the brutal realities of life, but as an important development in political morality; and it reconsiders some of the old questions associated with chivalric values and knightly obligations – home-grown products or imports from France? The third theme is the emergence of a new sense of Englishness after the traumas of the Norman Conquest, looking at the English invasion of Ireland and the making of English history.J OHN GILLINGHAM is Professor Emeritus, Department of History, London School of Economics.