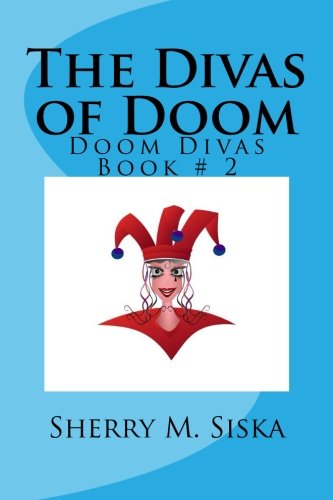 “Damn that slimy worm. I really should have squashed it when I had the chance.” So begins this hilarious sequel to The Madams of Mischief (Doom Divas Book 1). If Marty Sheffield had just gone ahead and killed the worm when she first saw it, maybe those Divas of Doom, Destiny, Chance, and Lady Luck, would have left her alone. But, she didn’t, and now it seems that the Architects of Anarchy really have it in for poor Marty. Not only has she just lost her job as a part-time DJ, but after a knock-down, drag-out, mulch-flinging fight with one of her sister’s neighbors, Marty becomes the chief suspect when the man ends up dead. The only way to save herself means finding the real culprit before she gets thrown in jail, or worse, becomes the next victim. Will Marty succeed in time or will those Doom Divas manage to drop kick her through the goal posts of life?