You are here: Home / A Digest of the Law of Carriers of Goods and Passengers by Land and Internal... 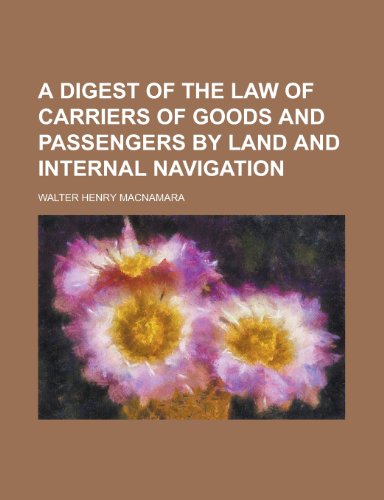 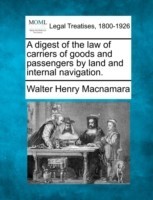 A digest of the law of carriers of goods and passengers by land and internal navigation.(English, Paperback, Walter Henry Macnamara)
Rs. 2420 11% Off
Rs. 2130 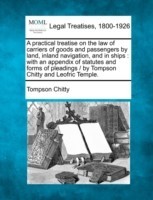 A Practical Treatise on the Law of Carriers of Goods and Passengers by Land, Inland Navigation, and in Ships: With an Appendix of Statutes and Forms(English, Paperback, Tompson Chitty)
Rs. 2415 11% Off
Rs. 2130

This historic book may have numerous typos and missing text. Purchasers can usually download a free scanned copy of the original book (without typos) from the publisher. Not indexed. Not illustrated. 1888 edition. Excerpt: …Jllonklamls R;/. Co. v. North British R/. Co., 3 Ry. & Ca. Tr. Ca. 282.) The W. B. Railway Company had entered into an agreement with the C. Company, whereby the latter company worked their line, and it was agreed that the rates and fares to be charged on the W. B. Railway should be fixed by a joint committee of the two companies. It was held that this agreement did not relate to through rates, and that the W. B. Company were the proper parties to apply for such rates under that section. (Greenoek and Wemyss Bay Ry. C0. V. Culeclonian Ry. Co. (No. 3), 3 Ry. & Ca. Tr. Ca. 145.) In a statute granting a gross toll to the Birmingham Canal Company, it was recited that it would be of public advantage for the canal from Warvick to Birmingham to be opened into the Digbeth branch; and that, in order to induce the Birmingham Company to agree to such junction taking place, it had b;en proposed and agreed that the Birmingham Company should have the rates or dues thereinafter mentioned. Both these statutes were repealed by others, substituting fresh tolls. The Court held, that the particular circumstances which led to the original establishment of the tolls did not prevent them coming under the jurisdiction of the commissioners in fixing through tolls under the Regulation of Railways Act, 1873, s. 11. A canal company had a dividend guaranteed to them by a railway company under a statute, which provided that they should not reduce or vary their tolls without the consent of the railway company. It was held by the Exchequer Division that the consent of the railway company to the granting of a through toll reducing the tolls of the canal company was required before the commissioners could make an order under sect. 11. (War2eicentsk and Birmingha